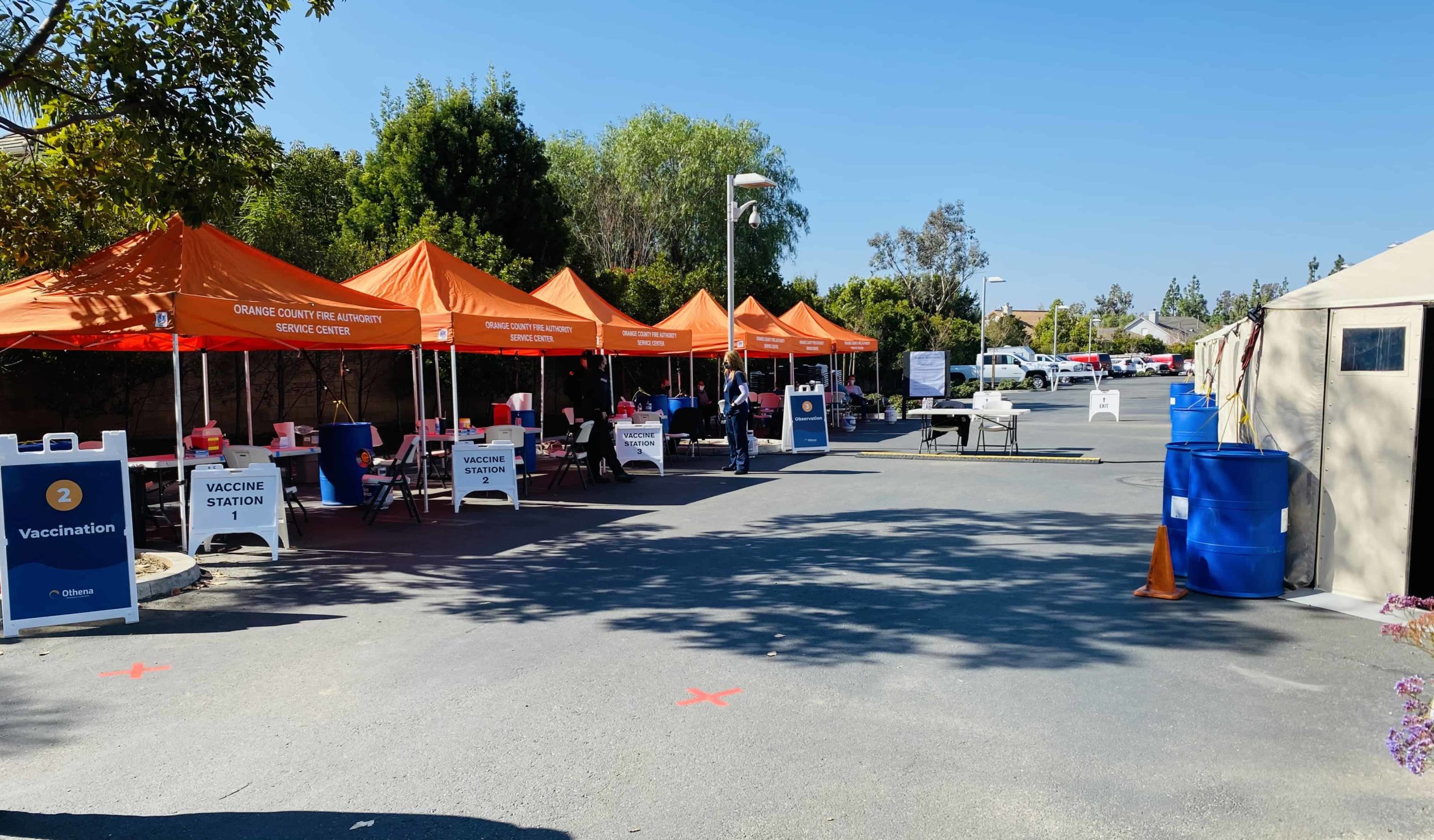 The unions representing Orange County Sheriff’s Department and Fire Authority personnel are opposed to a coronavirus vaccine mandate for their workers, their leaders announced last week amid a statewide order for health care workers and those who work in high-risk settings to be vaccinated.

About 1,500 of the Sheriff’s Department’s 3,800 employees fall under the state’s category for high-risk workers, who include those who work in jails and detention facilities in courthouses, agency spokeswoman Carrie Braun said Monday, Aug. 16. Those employees will either have to provide proof of vaccination or get tested for the virus every week, she said.

That mandate was expected to go into effect next week.

It wasn’t clear what happens to employees who don’t follow the order.

Orange County CEO Frank Kim said last week that a little more than 50% of the county’s 16,300 employees have filled out voluntary “self-attestations” saying they can skip wearing a face covering at work because they’ve been vaccinated. But he cautioned that’s not a clear indicator of how many county workers have received a vaccine — some may still be working from home or have other reasons not to sign the attestation form.

Sheriff’s employees will give their information directly to the county employee health services agency, but if anyone fails to provide proof of vaccination or take a test, their names will be relayed to the department, Braun said. It would be at the discretion of the Sheriff’s Department on how that would be handled, she said.

Juan Viramontes, president of the Association of Orange County Deputy Sheriffs, said he strongly opposes any discipline for employees who choose not to take the vaccine. The union’s legal team was working with other organizations to consider whether to file a lawsuit to challenge the state’s order, he said in a statement.

The Fire Authority did not have a mandate for any employees as of Monday, but that could change.

Orange County Health Officer Dr. Clayton Chau said the state is working on “further interpretation” of its health orders regarding workers in high-risk settings and health care workers, and it is expected to clarify vaccination and testing requirements for paramedics and EMTs, who now aren’t specifically named in either of the orders.

Todd Baldridge, president of the Orange County Professional Firefighters Association, which represents OCFA workers, said he’s gotten the vaccine, but believes firefighters should have the freedom to choose.

“Organizations that threaten employees to compromise their personal beliefs should not be tolerated, ” he said in a statement. “If you decide against the vaccination, please remember to take the necessary precautions to stop the spread of the virus.”

“Dedicated firefighters want to help,” he said. “They can’t (help) from an ICU or if they are themselves sick from COVID. They need to do their duty (to) protect the community, stay healthy and get vaccinated. If they or other first responders won’t they ought (to) be suspended without pay till they do.”

“Fires, COVID and lung problems spell huge trouble and at least COVID can be controlled.”

Some elected officials said that while they understand the arguments for and against mandating vaccines for public safety personnel, for now, they’re standing behind the unions.

“I don’t believe in the mandate; I believe in your personal choice” whether or not to get a vaccine, said Dana Point Councilman Joe Muller, who represents the city on OCFA’s board of directors.

Muller is concerned about privacy issues, and he also believes the government is moving too fast without enough data on the vaccines, he said.

“You have to slow this thing down and understand it better before you start stripping away personal freedoms,” he said.

OC Supervisor Don Wagner, who helps oversee the Sheriff’s budget and also sits on OCFA’s board, said he supports the unions’ right to refuse a mandate and added it’s a mistake to require vaccines for some public employees while trying to persuade residents to voluntarily get the jab.

Unless mandatory vaccines for paramedics and EMTs are ordered by the state, Wagner said, that’s a policy question for the OCFA board – and he would want to see data on how big of an infection risk there might be to the public and whether masks or some other solution might help.

Public safety workers potentially spreading COVID-19 to the public while on the job is a concern, Wagner said, but “I don’t know whether it’s solvable only with a vaccine mandate or if there are other ways of doing it.”