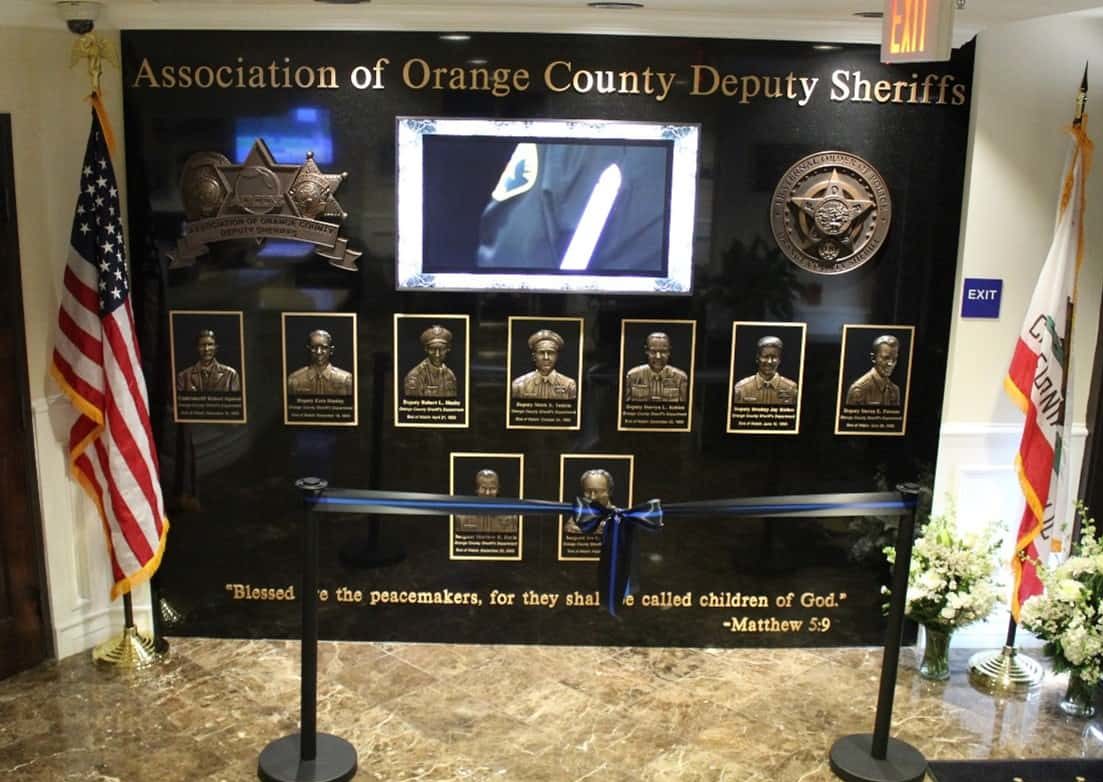 AOCDS recently hosted a Ribbon Cutting Ceremony and unveiling of our new Fallen Officers Memorial Wall. The memorial wall located in our lobby, pays tribute to our nine officers who gave their lives in the line of duty for our community. Due to the ongoing restrictions of the pandemic, attendance was limited. We were honored […] Due to the COVID-19 pandemic, Orange County law enforcement agencies will honor our fallen heroes in a virtual ceremony. Details to come. The Orange County Board of Supervisors met at their regularly scheduled board meeting this morning and, by a unanimous vote, approved the CONTRACT AGREEMENT between AOCDS and the County of Orange. Today at their regularly scheduled board meeting, the Orange County Board of Supervisors, by a unanimous vote, adopted a resolution allowing Orange County employed peace officers who were injured at the October 2017 mass shooting event in Las Vegas, NV, access to workers compensation benefits. YOU can help save a life. Secure your spot today to donate blood on Thursday, August 8, 2019. We appreciate your support. One of our members has experienced the tragic loss of both his sister-in-law and niece in a multi-vehicle accident on the Garden Grove (22) Freeway. Deputy Anthony Alvarez and his family are mourning the loss of 33-year-old Jolene Castillo and her nine-year-old daughter, Payton Castillo. Jolene’s young son survived the crash and was not hurt but he and his older brother are now left without a mother and sister.